September 23-26, 2009: ABC's Mark Blumenthal will be at the World Tea East Conference and Pavilion in Boston, MA to speak about recent clinical research on tea.

Herbal medicine has been an important resource for both ancient and contemporary societies. The Aztec Indians relied on various medicinal herbs, which were recorded in 1552 in the Badianus Manuscript—the oldest documented herbal of the Americas. As reported in this issue of HerbalEGram, the Badianus Manuscript has recently been digitized and is available for purchase.

Herbal medicine’s value within current US culture, meanwhile, has recently been demonstrated through the results of the National Health Interview Survey, which found that the majority of US consumers’ out-of-pocket dollars spent on complementary and alternative medicine go toward the purchase of nonvitamin, nonmineral natural products. Purchases of these products, which include herbal preparations, equaled $14.8 billion in 2007, as noted in an article in this issue. 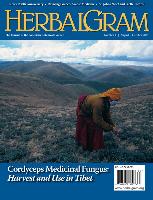 Bangalore Scientists Try to Find “Magical Herb.” Deccan Herald. 8-27-09. Scientists are on the hunt to verify the existence of the sanjeevani medicinal plant referenced in the ancient Sanskrit epic Ramayana, and have narrowed it down to 2 possibilities.

Chinese Herbal Medicine Dispensaries Puzzled by Legal Revision. The Asahi Shimbun. 8-8-09. Many pharmacies and customers of Chinese herbal medicines are speaking out against a recent government law banning online or mail order sales of medicines.

Does the Pot Pill Work? CBS News. 8-4-09. Approved by FDA, the prescription drug Marinol has THC as its active ingredient, but critics claim that the pill, unlike smoked marijuana, takes longer to work and can cause nausea.

FDA approves colchicine product for acute gout and Mediterranean fever, and provides new information regarding safe use of the drug. Press release from FDA.

November 11-13, 2009: SupplySide West. Las Vegas, NV. ABC members who manufacture finished products can enter ABC09 when registering to receive a $50 discount. *Offer valid through Nov. 1, 2009, and does not apply to a previously paid registration. 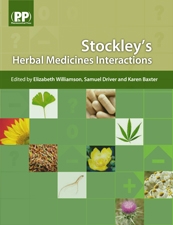 September's selected book excerpt comes from Stockley's Herbal Medicines Interactions: A Guide to the Interactions of Herbal Medicines, Dietary Supplements and Nutraceuticals with Conventional Meidicines, 1st edition, edited by Elizabeth Williamson, Samuel Driver, and Karen Baxter, and published in 2009. This excerpt contains the introduction "General Considerations," and the book's chapter on goldenseal (Hydrastis canadensis). All are available here.

The current HerbClip bin was released on September 1, 2009. The following samples have been made available online to all members:

ABC members at the Academic level and higher can access all 15 HerbClips just released by visiting the HerbClip homepage (be sure to log in). If you are an Individual Member, gain access to all HerbClips and the HerbMedPro database by upgrading your membership. 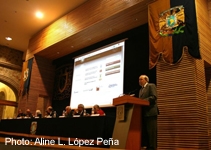 The Badianus Manuscript and Other Mexican Traditional Medicine Literature Digitized